NOTE: this website is under construction! remember to refresh the cache (CRTL-SHIFT-R) to see some recent changes.

ok, shavian. what is shavian? shavian is a really great script for english (and esperanto, but i won't talk about that here). it looks like:

this is pureblooded english in a different script and with a different orthography which heavily deliniates it from it's latin counterpart.

personally, i find shavian to be an interesting tool for communication. it acts as legible, learnable english with a different orthography from the latin which dominates the english language today. shavian can be used in some cool and creative ways without "breaking convention" as the convention that is already in place is quite sensible and lax.

having said this, i think there is a lot of undocumented aspects of shavian which prevent its application in some forms. being an individual, i can speak on these things without filter and make criticism for my own use and convention. this isn't going to be the main purpose of this site, i just think some stuff can be done to be cool ya kno?

now, i have made some charts as a way to remember how things like vowels work in shavian. learning the basic letters is pretty ezpz because you can basically substitute it for it's latin counterparts. 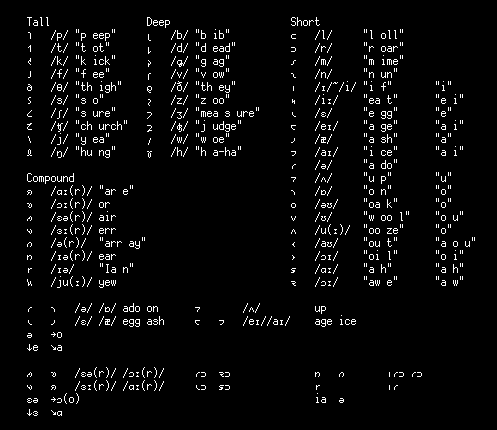 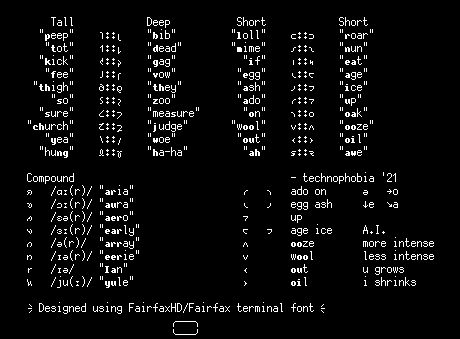 a nice important feature of shavian is the following:

if you want some legitimate in-depth stuff as a resource go to https://www.shavian.info/accents/

shavian has really changed how i look at the english language more or less.